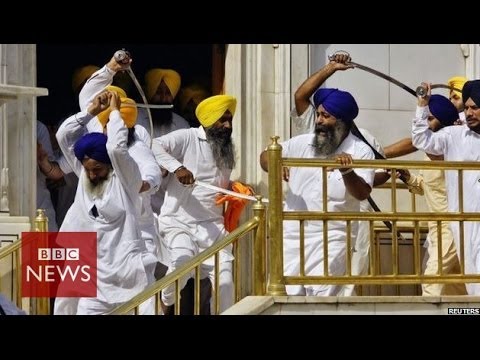 Subscribe to BBC News www.youtube.com/bbcnews
Sikh teams wielding ceremonial swords earn clashed in the Golden Temple in Amritsar in northern India. A few different folks had been injured as rival factions fought after the chief of one Sikh community used to be reportedly prevented from talking.

It is believed at the least three other folks had been taken to scientific institution with injuries. Particular prayers had been being held at the temple, Sikhism’s holiest shrine, to tag the deadly navy offensive there in 1984.
Zubair Ahmed stories from Delhi.